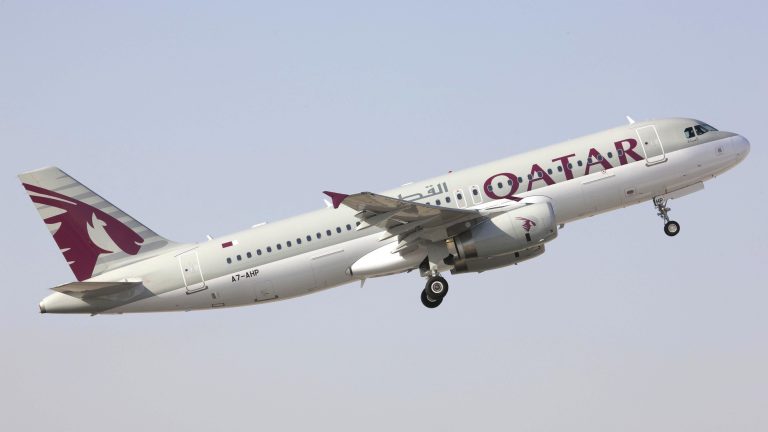 In March 2018, during ITB Berlin, which is one of the bigest tourism shows in the world, Qatar Airways announced bunch of new routes to be opened in 2018-2019. The list is quite long and includes many interesting destinations from Luxembourg and Lisbon to Cebu and Da Nang. In total, list includes 14 destinations.

One of these destinations is Tallinn, Estonia. This is first ever route announced by MEB3 airline (Middle East Big 3 – Emirates, Etihad and Qatar) to Baltic states. None of these airlines ever operated to Lithuania, Latvia or Estonia.

A direct route from Tallinn to Doha gives for passengers plenty of connecting options in Middle East, Southeast Asia, India and one-stop option to reach Australia.

I think, Middle East airlines will start flying to Baltics with their aggressive expansion sooner or later. Its surprising Tallinn was selected as first destination in the Baltics. This is smallest of the capitals (and Estonia is smallest of 3 countries) and it is most far in the north. Usually, airlines achieve better economics flying shorter routes, especially when the route will be on the stretch of narrow-body capabilities.

I do believe Riga should be first logical choice of any long-haul focused airline to start serving Baltics. Turkish Airlines started flying Riga back in 2008 and only 5 years later airline expanded to Tallinn and Vilnius.

Qatar Airways already demonstrated they are able to reach Nordics on their narrow-bodies. They fly from Doha to Helsinki on Airbus 320 – what is 6 hours 15 minutes flight time. Doha to Tallinn should be similar. Due to thin demand out of the Baltics, serving it on narrow body is beneficial for airline as there is only 132-144 seats to sell on Airbus 320. Still, Qatar Airways has flat beds in A320 business class, so premium class passengers are able to get standard long-haul luxury experience.

There is nice video from Qatar Airways Business Class service from Helsinki to Doha on Airbus 320:

Usually, airline new route announcements looks different. Usually, when airline is confirming the new route, they announce start date, frequency and put it on sale as soon as possible. As there is a lot of buzz in the press on new routes and airlines get free advertising.

Case with Qatar Airways is different. They announced Tallinn in March 2018, but there is no confirmation of start date, equipment or schedules. We have Christmas time of 2018 already.

Tallinn is not first route Qatar Airways announced and not started. Qatar Airways is famous between aviation geeks and bloggers for announcing bunches of routes which never materialise.

From the list announced in March 2018, schedules are announced for Cardiff, London Gatwick and Thessaloniki so far. Qatar Airways operated short seasonal services to Malaga, Antalya and Bodrum, but it’s unclear will they continue these routes next year.

Back in November 2016, Qatar Airways announced 8 new destinations – Canberra in Australia, Dublin Ireland, Las Vegas in USA, Rio de Janeiro in Brasil, Santiago in Chile and Tabuk+Yanbu in Saudi Arabia. Which of these actually started? Two, actually: Canberra and Dublin.

I wouldn’t bet Qatar Airways will actually start flying to Tallinn from Doha in 2019. I do not see much logics starting them this route now, even they do have overcapacity with their narrow-bodies after Qatar was blocked from flying UAE, Saudi Arabia and some other Middle East countries.

airBaltic operates seasonal 4x weekly service from Riga to Abu Dhabi, code-sharing this flight with Etihad Airways. It is a surprise for me they are not able to make this route work all-year-round event with connections both with Etihad network in Abu Dhabi and airBaltic flights in Riga (schedule works perfectly at both sides).

Qatar Airways and Etihad Airways would be logical choice first to start Baltics as these airlines operate narrow-bodies. For Emirates, 302-seater Boeing 777-200ER is smallest aircraft they operate now: this may be very difficult to fill from any airport in the Baltics.

I do see flydubai as possible carrier operating Baltics. I know Vilnius Airport is negotiating with them heavily. Being a low-cost airline, flydubai has doubts on crew issues operating this 6 hours leg: it’s on the edge to operate roundtrip both ways with one crew. Any operational delays may end-up with crew being not able to operate return flight. flydubai’s bare-bone fleet so far is 174-seaters Boeing 737-800 which may work for flights between Dubai and Riga/Vilnius/Tallinn. flydubai is now deepening their cooperation with Emirates, so connecting flights via Dubai may help for routes economics a lot.

We will see if Qatar Airways plan to start flying Tallinn will materialise. Being based in Vilnius I’m a bit jealous for Estonians if they get option to reach Australia in one-stop first.

2 thoughts on “Qatar Airways announced flights to Tallinn, but will it ever happen?”