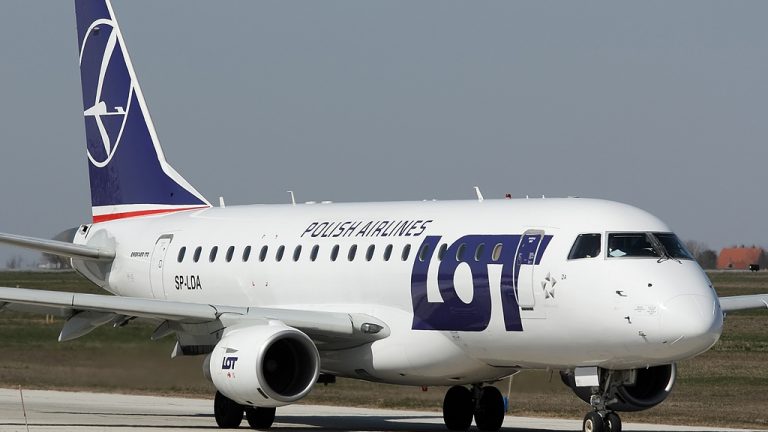 Ministers of Transport and Economy of Lithuania announced that LOT Polish Airlines won a tender to operate route from Vilnius to London City Airport.

That is one of the most interesting PSO routes in Europe. Here you can download PDF with all PSO routes in European Union. You will be able to see that PSO mechanism is mostly used to support small islands to mainland (mainly capitals, used for small islands in Greece, Spain, Portugal) and small distant villages far from big cities where other transport options are not good (for example in Sweden or Finland).

There are not many routes like that, where Lithuania received approval – London City to Vilnius Airport. I find only two other similar examples: Czech Republic is running tender to fly Brno to Munich and also Cyprus provides subsidy for Ryanair to fly from Larnaca to Brussels.

What is even more interesting, it’s debatable if Vilnius to London market is served good enough or not. Wizz Air flies Vilnius to London Luton – schedule varies, but it goes up to 2x daily flights in peak seasons. Ryanair operates from Vilnius to both Stansted (daily) and Luton (5x weekly). There are plenty of one-stop options where you can get from Vilnius to London City or Heathrow or Gatwick with 0,5 to 2 hours stop on the way – Lufthansa in Frankfurt, SAS in Copenhagen or Arlanda, airBaltic in Riga, LOT in Warsaw, Austrian in Vienna, Brussels Airlines in Brussels and some more. Still, governmental institutions of Lithuania demonstrated Vilnius to London City is a top priority and crucial for the development of the country and got EU approval.

I wrote in August in my Lithuanian blog, LOT was almost a single possible winner. There was to offer not less than 6x weekly flights with 98-seater or larger aircraft. It fits perfectly for LOT newly acquired 4 Embraer 190 and their strategy to grow in London City: they already announced 2x daily flights from Warsaw and Budapest.

What is not public yet, what subsidy will be provided for LOT, but this should become public sooner or later.

And some fun facts:

I can already make my educated guess on schedule to be announced:

Morning rotation may be earlier, but as I checked, there are no available slots in London City airport to depart before 9AM local time. Also, such schedule fits LOT Polish Airlines arrivals from Budapest and Warsaw, so they will be able to switch aircraft for technical reasons if this is required.