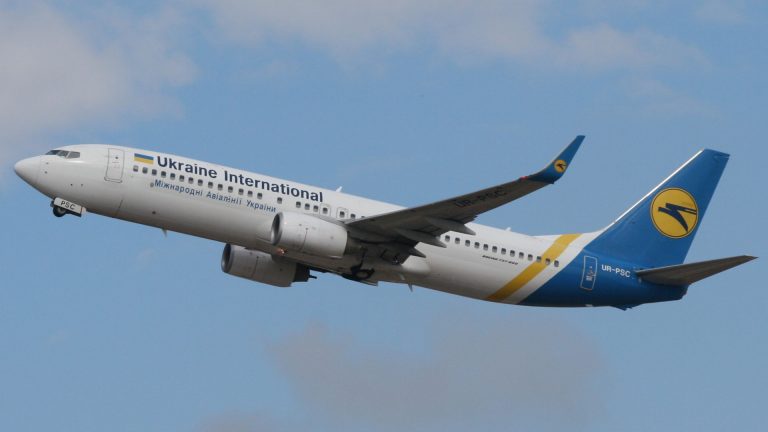 What market is most developing last few years from Baltics?

The answer is easy – Ukraine.

What is the history of flights between Baltics and Ukraine?

Historically, it was kind of tradition – three Baltic national carriers operating to Kiev Borispyl airport: Estonian Air from Tallinn, airBaltic from Riga and flyLAL from Vilnius. There were several tries to develop more markets: airBaltic tried Odessa and Simferopol from Vilnius and Riga but this was for short summer periods only on Fokker 50 operation.

After the demise of flyLAL, few Ukrainian airlines tried their luck serving Vilnius. One of them “Donbassaero Airlines” was flying between Kiev and Vilnius even on AN24! That was in 2009! There is a video made my passenger en-route from Kiev to Vilnius.

Things started changing when Aerosvit started flying Kiev to Vilnius first and later expanded to Riga also. After the bankruptcy of Aerosvit, Ukraine International took their place and traffic started growing. For some time there was another try to enter the market by UTair Ukraine but this did not last long. Shortly after, the Ukrainian subsidiary of UTair was fully shut down.

Days of An24 and low frequency service is long gone.

Last few years we got many new routes announcements from all Baltic countries to different cities in Ukraine.

In 2015 Ukraine International Airlines announced route from Odessa to Vilnius. I was quite a skeptic on the success of this flight, but introductory fares were very low I booked one of the first flights to this city on the coast of Black Sea. I was so surprised about crazy low prices, rich culture amazing nightlife.

I came back to Odessa one more time another weekend of 2015 and later I gave one more visit in summer 2016. I wrote an article back in 2015 after my first return “Odessa needs to be advertised now” showing how cool destination it is but I was really skeptic about success of the route.

I was wrong. Seasonal flights from Odessa to Vilnius still continues and it is a success. In 2018, Ukraine International 11 378 passengers on the route and it is only short seasonal operations, starting in mid-June and ending in mid-September.

Ukraine International plans to increase seasonal route Odessa to Vilnius to 4x weekly in summer of 2019.

airBaltic as usual was quick noticing Odessa-Vilnius success and they resumed flights from Riga to Odessa in summer of 2017. Surprisingly, Nordica also announced summer seasonal route from Tallinn to Odessa same year. As I wrote earlier, Nordica is downsizing operations a lot, but their route to Odessa remains bookable for summer 2019 showing it is one of the most successful .

Ukraine International for a short period of time also tried flights from Kiev to Palanga. I also tried this service but this did not last long, even was financially supported by Lithuanian airports. I think the momentum was bad: Palanga just received too much capacity in 2016 when Ryanair, Wizz Air, LOT Polish Airlines, Belavia, and Ukraine International tried to enter small airport at the same time. SAS and airBaltic reacted with capacity increase so not all the airlines were able to survive the party.

Following the success of Kiev and Odessa routes Ukraine International in 2016 also announced plans to fly from Vilnius to Lviv. I was invited for the first flight on the route with them in September 2016 and really loved this small vibrant city in Western Ukraine.

I also came back one more time for Lviv just two months after – we did a team building event with my team back in November 2016. Return flight was an operational mess from Ukraine International: after massive snow, the flight was delayed many times with no accommodation offered so we had to spend a night in Lviv airport when we departed with a delay of 12 hours. Still, only best memories about Lviv.

Current developments in the market

Good route never stays unserved for long. Wizz Air started flights from Vilnius to Lviv with this winter season start. First signs show this route is a success for them. In November, a first full month of operation, Wizz Air served 2719 passengers on the route. This is 151 passengers per flight what is 84% load factor. Not bad for a newly launched route in the winter season and I haven’t seen  very low fares on this route. Its 544 km length route only.

Air Baltic must act quick as Wizz Air is developing their network to Ukraine quickly. Wizz Air loves developing Baltic routes. Estonia was the last country in Central Eastern Europe (CEE) which was entered by Wizz Air. What was the first route from Tallinn by Wizz Air? Kiev! Flights started in spring 2018.  Wizz Air already announced they will start flying Kiev Zhuliany and Riga in March 2019.

Back in 2015, Wizz Air was LCC started flying between Kiev Zhuliany and Vilnius. I have to admit I also was not sure if this route will be for them: Ukraine International was offering high frequency and also LCC-style pricing. Time showed, there was space for both airlines in the market.

This autumn, at the end of October 2018, Ryanair also joined the party on Vilnius to Kiev market, opening direct flights between two capital airports.  Ryanair is ready to accept they cannot cross Belarus airspace and increased flight time almost by half when operating this route.

Why there is so much development on flights between Ukraine and Baltics?

Every second time I take Uber trip in Vilnius my driver is from Ukraine. There are more and more people from Ukraine to work in different areas: from construction to high-tech start-ups. Such markets are loved by LCCs. We have to remember, case of Wizz Air growth was based on large Eastern European diasporas in UK, Germany, Spain and other countries in Western Europe. LCCs do not want to their chance with this growing market and other airlines, like Ukraine International, airBaltic and Nordica are trying to keep up with the pace.

What should we expect next?

I do believe routes between Ukraine and Baltics will develop further. Ryanair just entered market and I do believe they will go grow there. Wizz Air is also serving another city in Ukraine Kharkiv with 5 Polish routes and I expect they may add Vilnius or Riga to Kharkiv’s flight map. airBaltic should also look  to Ukraine both to avoid LCC expansion and benefit from lack of connecting services from smaller airports in Ukraine.